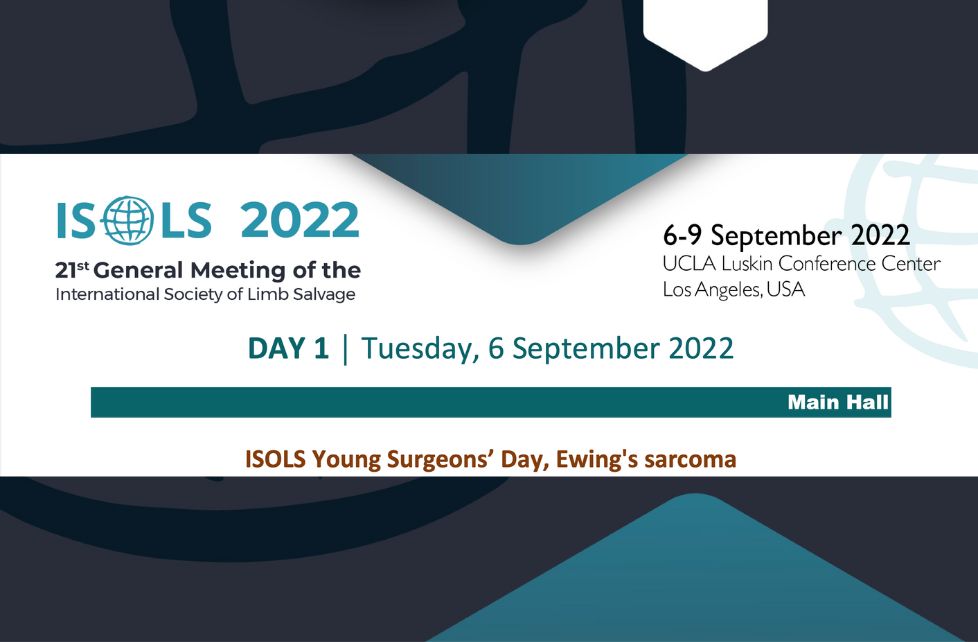 The first day of the ISOLS - 2022 (International society of limb salvage) congress was devoted to scientific discussions about Ewing's sarcoma, pediatric cancer that affects the long tubular bones of the skeleton, the second most common after osteosarcomas.
At the opening ceremony of the congress, lectures on the history, evolution and achievements of modern musculoskeletal oncology were presented by: ISOLS President Paganayiotis J. Papagelopoulos (Greece), ISOLS Vice President Francis Hornicek (United States), Chairman of the Society for Orthopedic Surgery ULCA Nick Bernthal (United States , UCLA Orthopedic Surgery Chair), Franklin H. Sim (United Moderators States), Patrick Boland (United States). A lecture by Oleg Vyrva (Ukraine) on the Features of Orthopedic Oncological Care and the Treatment of Bone Defects in the Conditions of the War in Ukraine deserves a special attention.
A block of presentations on the history of oncoorthopedics of ULCA (University of California, Los Angeles, USA) was presented by a group of oncoorthopedists of the University of Los Angeles Angeles sarcoma group: Frederick C. Eilber, Nick Berntha, Anusha Kalbasi, Arun Singh, Noah Federman, Jane Yanagawa.